Maintaining your fitness routine when travelling through time zones is no easy feat. Reasons for this could be anything from fatigue caused by jet lag to an overly-crammed itinerary. Another could merely be the lack of quality facilities.

For the most part these days, hotel gyms are no longer token, microscopic rooms harbouring little more than a treadmill and dumbbell set. And, as health and fitness continue to take a greater priority among the general jet setting population, certain corners of the hospitality industry have taken the heavy lifting out of holiday workouts with particularly stand-out amenities.

Here, we’ve highlighted a selection of hotel gyms sure to get the endorphins pumping while you’re away.

Changing the game in fit-forward hospitality is the brand new Equinox Hotel. While it’s true that a lot of hotels are trying to up their fitness credentials, here lies a rather different approach: a leading fitness concept moving into hospitality. Housed within the impressive Hudson Yards development on Manhattan’s far west side, rooms boast treadmills and bathroom pull-up bars, while a 60,000 square foot fitness club comprises a saltwater lap pool, two plunge pools and a spa with cryotherapy chambers and an infrared sauna. Along with its clinic and spa, a stay at Sangha Retreat by Octave Institute grants access to its state-of-the-art gym complete with reformer pilates studio. For a more traditional active pursuit, there’s also a dedicated space to practice ancient Qigong movement and a sound healing dome for meditation.

Overlooking Lake Wakatipu and the rugged Remarkables mountain range, there are few hotel gyms that boast quite such a stunning lookout as Matakauri Lodge. Better still, an outdoor pool and spa treatment rooms make for perfect post-sweat cool-down spots. 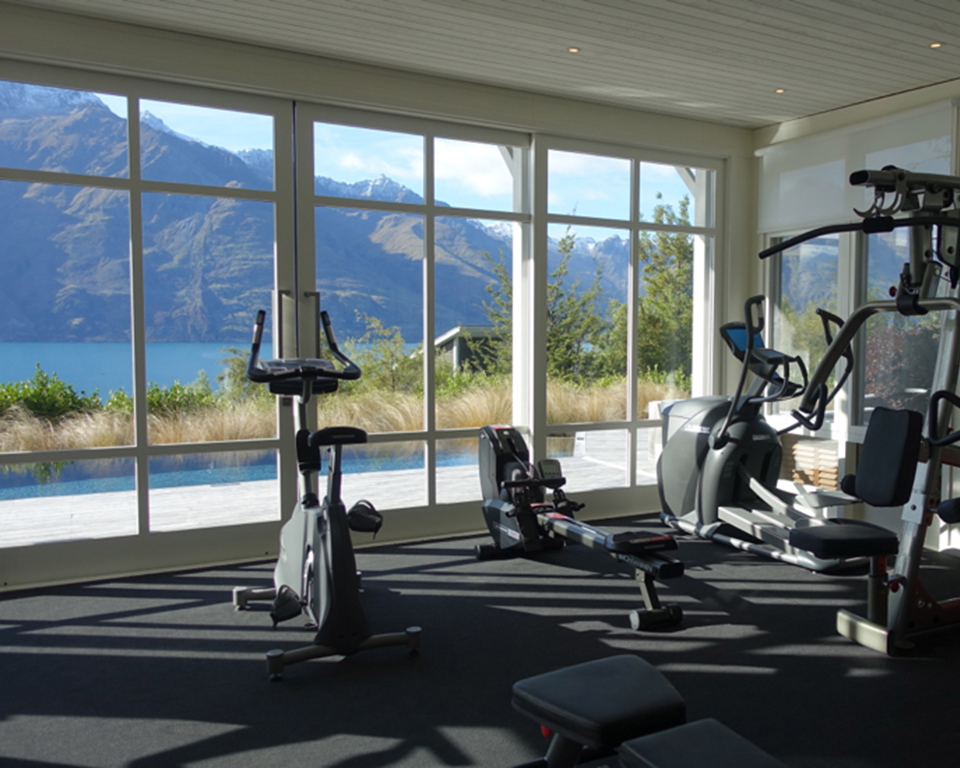 Outside the confines of its rooftop fitness centre – where guests can enjoy personal training sessions in a number of disciplines – you can also run the Lisbon Four Seasons 400-metre track with panoramic views over the city. Should your training regime rely more on machines and free-weights, floor-to-ceiling windows ensure no-one misses the view.

White City seems to have merely been the start of Soho House’s elevated hotel and members’ gym concept. In Mumbai – the club’s debut Asian outpost (Hong Kong comes later this year) – a first-floor gym comprises the best of Technogym and Watsons equipment, which can all be used while taking in the Arabian sea views between sets. There’s even an outdoor workout space, to better enjoy the Indian climate. Floating above Argentinian vineyards, you’ll be working out in the shadows of the Andes mountains at The Vines Resort & Spa. But the awe does not begin and end with its setting. In its 275 square metres, you’ll find state-of-the-art equipment, from TechnoGym innovation to a comprehensive weights room selection. 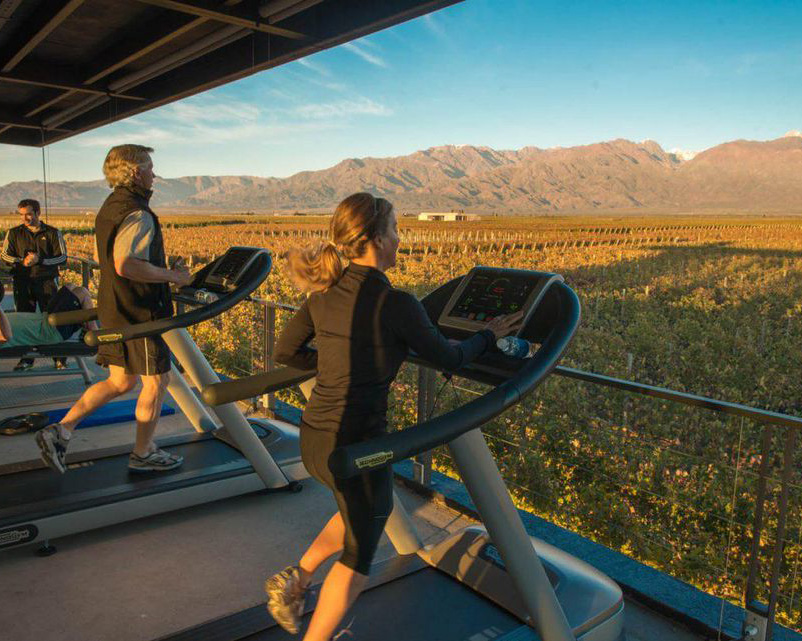 The capital’s iconic Hotel Cafe Royal is home to Akasha, a tech-forward space offering tailored fitness programmes in a number of disciplines, including callisthenics and TRX. The space also contains private studios dedicated to one-on-one sessions in everything from boxing to meditation.