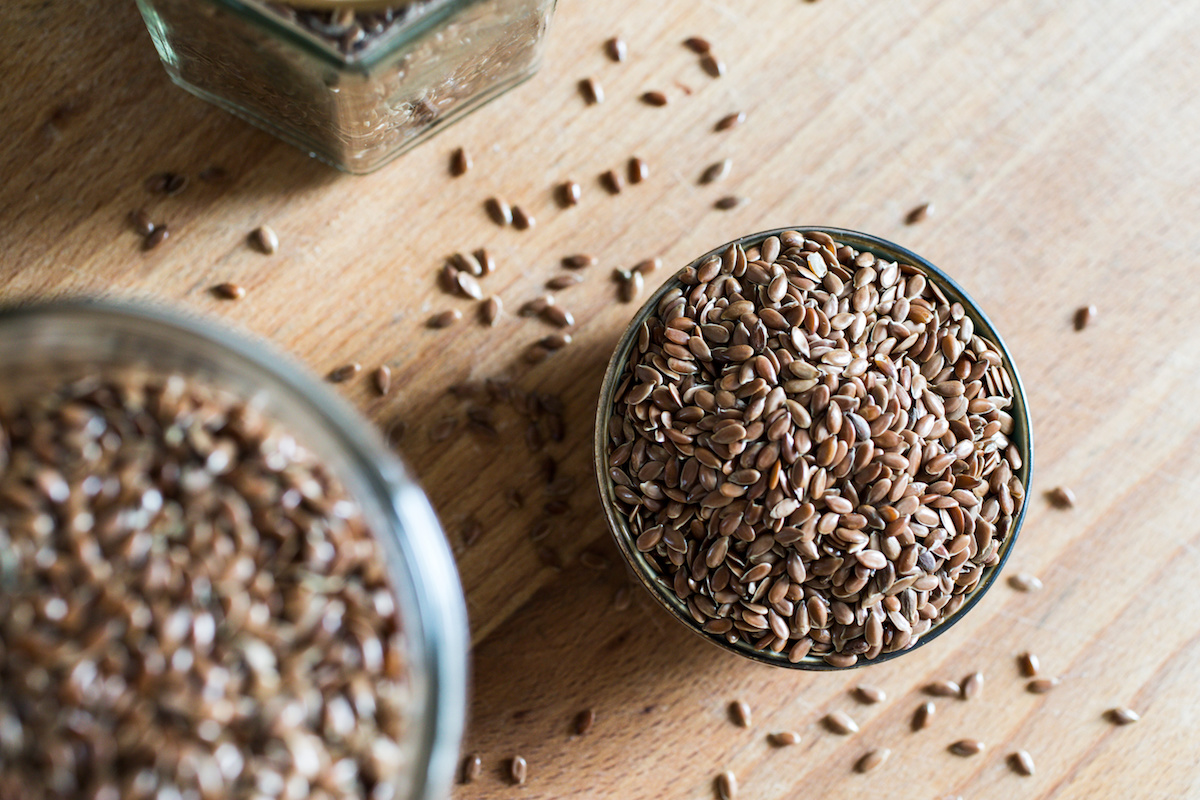 When it comes to superfoods, not one has a more illustrious history than the modest flaxseed. Hailing from the flax plant, which was spun, dyed, and knotted in Paleolithic caves some 30,000 years ago (we call this material linen which is probably one of the most commonly used textiles in the backlog of human history), flaxseed production really came into its own in the 8th century A.D. This is when King Charlemagne, believing strongly in the health benefits of flaxseed, went as far as passing laws requiring his subjects to consume it.

And Old Charlie might have been onto something too. One of the ingredients in our Superblend protein powder, countless studies have affirmed the King’s beliefs, some of which we’ll look at in the following piece as well as everything else you need to know about this king of the superfoods.

One of the key healthy components of flaxseed is the high amount of omega-3 essential fatty acids in them. These are what is termed “good” fats because of their positive impact on our heart health. They are most commonly found in fish and eggs, which make flax seeds quite useful as a vegan alternative.

The specific fatty acid they contain is called alpha-linolenic acid (ALA). It is one of the two essential fatty acids that you have to obtain from the food you eat, as our bodies can’t produce them.

A study from Harvard School of Public Health involving 3,638 people found that those who ate more ALA had a lower risk of a heart attack.

Flaxseed is also very rich in phytochemicals called Lignans, which have antioxidant and oestrogen producing properties. These can both have a profound impact on your risk factor for a number of diseases. According to a 2013 study on more than 6,000 women, those who eat flax seeds are 18 percent less likely to develop breast cancer. In a much smaller study out of Duke University on 15 men, 30 grams of flax seeds a day was found to reduce levels of a prostate cancer marker.

All these percentages add up to something that could have a great effect on your quality of life in the future, and with a high fibre count (one tablespoon contains around 10 percent of your RDA) helping your digestion in the short term it really is a win-win situation. How To Use The Seeds

The three main ways to take flaxseed, is either whole, ground as a powder (like in our Superblend), or as an oil.

Whole flax seeds are popular at breakfast time, making a great crunchy addition to cereal, yoghurt, and smoothie bowls and will last up to a year in a cool, dry and dark area.

Ground flaxseed tends to be favoured by nutritionists because it is easier to digest though. The whole seeds may pass through your intestine undigested you see, which means you won’t get all the benefits. If you have whole flax seeds and want to try the ground alternative than a coffee grinder is a handy tool to use.

Store in an airtight container in the fridge for up to a week, before using in soups, porridge, smoothies, or your next bake. Do taste before you use though. The powder should taste nutty; if it tastes bitter, then the powder has gone off.

Finally, you have flax oil, which is extracted from the whole flaxseed, and is either sold as a bottled oil or can be consumed in gel supplements. It is best to keep flax oil in a cool, dark place (we would recommend the fridge again). Regularly used in salad dressings and margarine, it is also commonly seen in several beauty products thanks to its ability to reduce skin inflammation.