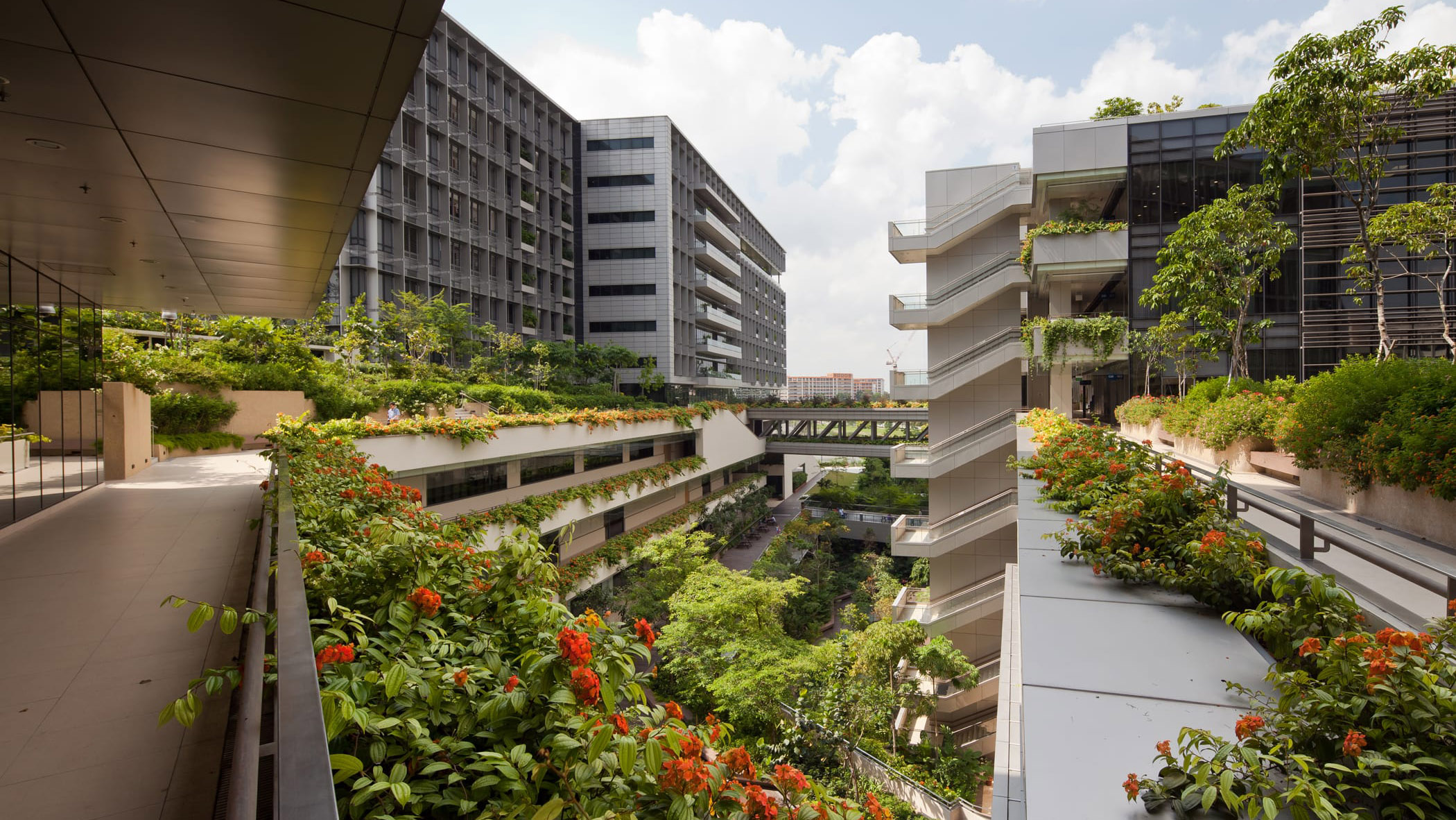 Whether from a medical practitioner or horticulturist, you’ll probably have heard about the healing properties of simply being around plants. Never has the sentiment been quite so literally put into practice, though, as with the design of Khoo Teck Puat Hospital.

Much research has gone into the benefits of plants for human health, ranging from purified air (plants have been shown to remove up to 10% of carbon dioxide in office spaces) to their proven positive impact on memory and happiness. 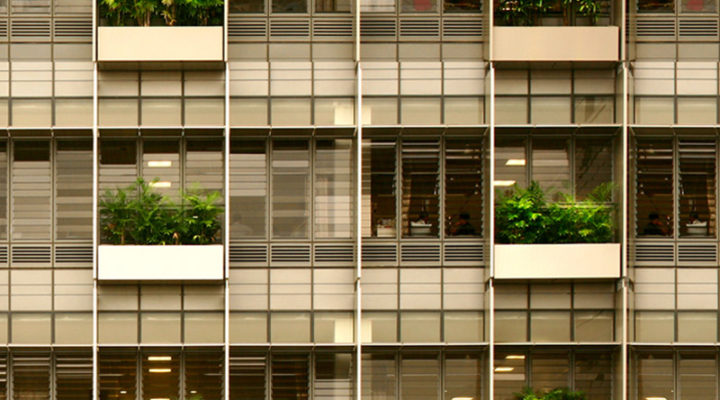 Immersing yourself in greenery also came up as one of a number of ways to improve productivity in the workplace, too, where a study showed that investment in office landscaping increased perceptions that employers care about their workers’ welfare. Meanwhile, taking workouts into nature has been shown to alter your mindset around fitness, improving mental focus and commitment.

In a context more relevant to hospitals, a 2008 study found patients who had plants in their rooms to have lower blood pressure and less reported pain, anxiety and fatigue compared to those who didn’t. Another, from 1984, found hospital rooms with a view out to nature aided a faster recovery from surgery.

North Singapore’s Khoo Teck Puat Hospital opened in 2010 with no fewer than 700 species of native plants on its grounds. Sterile white hallways were replaced by greenery-wrapped outdoor bridges, machine noise silenced by the many bird species in its central courtyard, and that distinct hospital odour masked by fragrant flowers.

Vegetation isn’t reserved for a lucky few, either. In every room, large windows are installed to bring the outdoors in as much as possible, and every patient is positioned to see greenery from their bed, even if that’s just a planter on the other side of the window.

Perhaps best of all is the replacement of notoriously off-putting hospital meals with ones made from fruit and veggies grown on one of the hospital’s many rooftop gardens. Meat-free Mondays go the extra step to promote the widely-backed nutritional benefits of a plant-based diet, too.

Meanwhile, other roof gardens cater to specific patient needs, including a dementia garden for patients in its geriatric ward to enjoy the green landscape. Horticulture therapy is another much-researched area of plantlife’s benefits to humans, with evidence attesting to its effective treatment for mental and behavioural disorders. “Khoo Teck Puat surpasses traditional hospitals and opens the door towards a new kind of building type for the healthcare industry, which considers how the built and natural environment can become part of the healing process.”
The International Living Future Institute

Can Khoo Teck Puat’s model be replicated elsewhere? Singapore is otherwise known as “The Garden City” thanks to its lush, tropical growing conditions, and the country’s medical system is far better funded than many in this region, with every citizen required to contribute to a health care savings account.

But there’s plenty of hope for the power of plants as a healing initiative elsewhere. Jerry Ong Chin-Po – a lead architect who worked on the project – has since travelled to countries including Pakistan, China and Malaysia to create similar spaces.