When it comes to adaptogens — that is herbs that help the body adapt to stress and restore normal physiological functioning — ashwagandha, which is sometimes known as Indian ginseng, is arguably the king of them all.

Descended from Ayurveda, the ancient Indian form of alternative medicine, ashwagandha is an evergreen shrub with velvety leaves and orange berries found across Africa and Asia. The root and leaves are what we’re most interested in, and these are often found ground into a powder and ready to add to other supplements or taken by itself.

In terms of what the adaptogen is capable of, one look at the meaning behind its name gives you somewhat of an idea. The term ashwagandha translates as “smell of the horse” in Sanskrit you see, alluding both to its stallion-like scent and the belief that it can increase strength, vitality and support a healthy libido. Add to the mix the plant species’ Latin translation — “sleep-inducing” (somnifera) — and you start to get a bit of an idea about what this multi-syllabic herb is bringing to the table. Read on to find what studies have to say about the adaptogen and the best ways to take it.

Ashwangdha, huh, yeh, what is it good for? Well, unlike war, it’s good for rather a lot.

The big benefit, and most widely researched, is its effect on stress and anxiety levels. Take a 60-day study in 64 people with chronic stress for example, which found that those who took ashwagandha supplements reported a 69 percent reduction in anxiety and insomnia on average compared with just 11 percent in the placebo group.

It’s also thought to have a powerful effect on testosterone levels and reproductive health. A study in 75 infertile men found that those treated with ashwagandha showed increased sperm count and motility, along with much higher levels of testosterone, when compared with those who had not taken it.

Perhaps leading on from the testosterone point, there’s also evidence to suggest that ashwagandha can have significant benefits when working out. A 2015 study taken over eight weeks found that when undergoing the same amount of resistance training those who supplemented with ashwagandha had significantly greater gains in muscle strength and size when compared to the placebo group, while also more than doubling their reductions in body fat percentage. 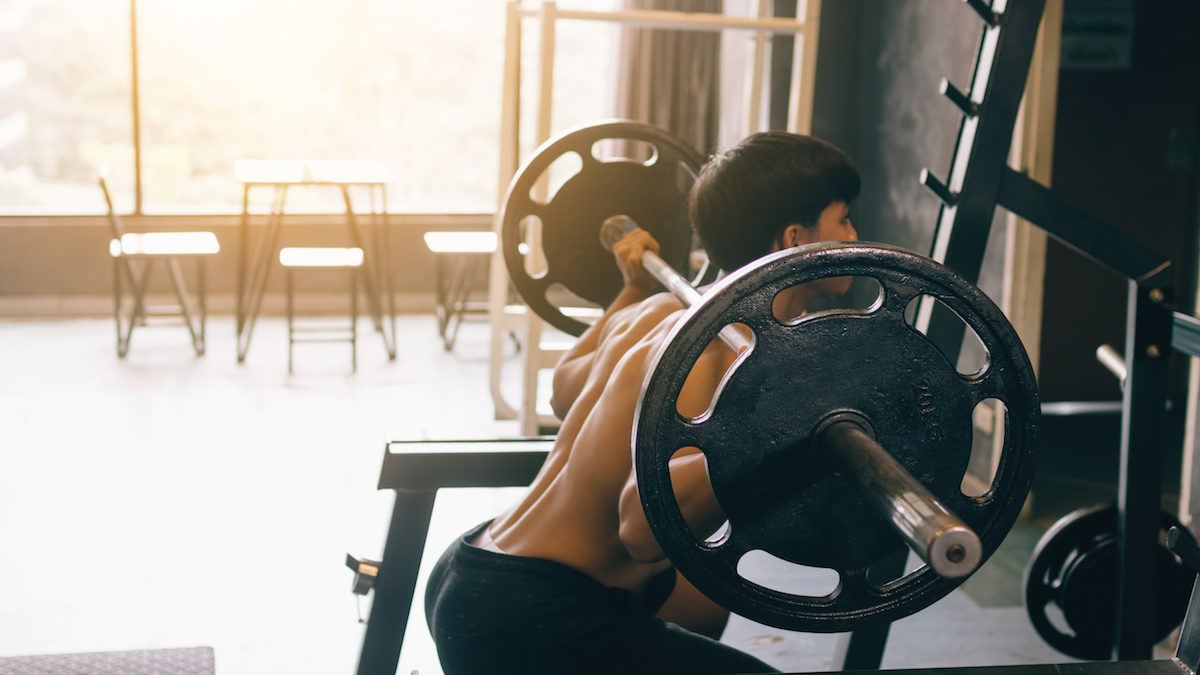 Finally, and unsurprisingly when you find out ashwagandha’s potent antioxidant properties, the adaptogen is a dab hand at getting rid of inflammation within the body, particularly targeting the substance c-reactive protein according to studies, which is produced by the liver in response to inflammation and is a marker linked to an increased risk of liver and heart disease.

How To Take Ashwagandha

So how can you take advantage of all these benefits? Well, as mentioned previously, the most common forms of ashwagandha are either in tablet or capsule form, but you can also find it in tea blends, or sold simply as a powder to add into smoothies and shakes. It has also become a popular ingredient in cosmetics, added to face creams in order to protect the skin from cortisol.

When taking it as a daily supplement the first thing to note is that the effects won’t be immediately obvious. A 2019 study on 60 people taking 300mg of ashwagandha daily found it took over 10 weeks for them to see its full effects on their sleep quality.

Because of its effects on sleep, some may choose to take ashwagandha in the evening to help them relax (it works great in moon milk). Taking it at the end of the day may also help those who might suffer from some stomach discomfort related to it. But above all, consistency is key, so make sure to take it at a time you’ll remember. The great thing about adaptogens and nootropics is that a lot of them work well when taken with others to produce a combined effect that is greater than the sum of their separate parts. L-theanine and caffeine as found in our Edge supplement is probably the most well-known synergistic pairing in the adaptogen and nootropic world, but there’s a few others that pair up well with ashwagandha too.

Rhodiola Rosea is the adaptogen most commonly seen with ashwagandha, with both having similar benefits, but rhodiola rosea being more energizing, offering a focused and controlled energy throughout the day when both are taken together.

If you’re mixing it within your morning bowl of protein porridge then you also might want to consider adding in strong flavours like cinnamon and cardamon to cover up ashwanganda’s rather pungent taste and smell.

Life can get busy, and sometimes you need more than a protein shake. Peakblend takes our award-winning vegan protein and adds everything you need to create a perfectly balanced vegan meal.

Enriched with highly functional ingredients like 26 vitamins and minerals, ashwagandha, MCTs from coconut oil, and flaxseeds, Peakblend is designed to support you on your biggest days.