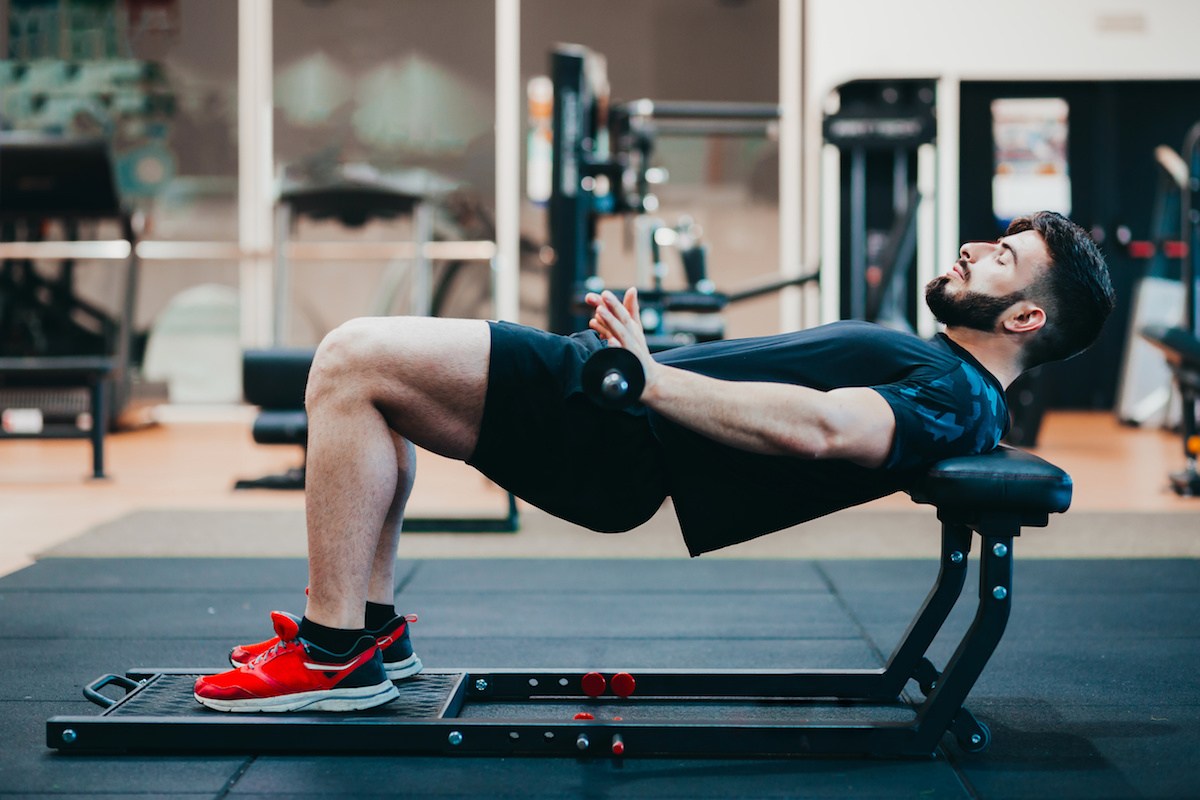 Glutes are the biggest muscle on our bodies. Both literally and in terms of what seems to have been on trend for the past few years. You can’t move in the gym for kickbacks and hip thrusts.

But how did this happen and why? What is the best movement for your glutes? And what happened to the last king of exercises, the squat?

Spend just a bit of time on the internet and you’ll quickly see the controversy over what exercise is best for firmer glutes – squats or hip thrusts. Surprisingly for a much argued question there is little research to support an answer but certainly of late, hip thrusts seem to be winning out.

You can most likely trace back the rise of hip thrusts to Bret Contreras who started championing them 10 years ago. The momentum then built with various other trainers, mostly in the bikini world, to the point where now 7 out of 10 exercises performed in a gym are a hip thrust. Ok, that’s not a verified statistic but you get the point.

Also known as The Glute Guy, Contreras is one of few who has conducted research into the squat vs hip thrust debate. His PhD thesis looked at EMG activity (a measure of muscle activation) differences between the two, variations of the two and among other things, rep maxes and force production difference between the two. Contreras himself is cautious about how much can be interpreted, even from his own research, partly because EMG activity is only part of the story in terms of hypertrophy (muscle growth) and also because real scientific consensus is built up over 10’s and 100’s of studies not just one or two.

Why The Hip Thrust Wins

What Contreras’ studies do tell us is that glute activation is greater with a hip thrust than a squat at around the 10 rep range/load and that the barbell hip thrust is superior in that respect to other variations. Squats are superior in terms of quad activation though hip thrusts actually can heavily activate the quads; if you find too much, elevate the heels.

One possible reason for all of this is that the data shows the glutes are barely activated at the bottom of the squat and far more activated in the full hip extension of the hip thrust. This activation duration through the range of motion of the hip thrust might start to interact with theories on time under tension (TUT). So what does all this mean? Well, you should probably both squat and hip thrust but if you don’t, no worries, the differences aren’t all that large. Even the evidence as mentioned above is not conclusive either way on the original question and what is more important is that you are doing the exercise you feel is best for you.

How To Perform A Barbell Hip Thrust

Drive your hips up lifting the bar. In the top position your knees should be bent at 90 degrees and your shoulders should be near the top of the bench, with your body forming a straight line between them. At the top of the lift, pause and squeeze your glutes, before lowering your hips slowly.

Top Tips: Try a padded bar, or slip something in between your body and the bar, to make the exercise more comfortable. Also practice the movement without weight at first, so you can can check you’re not using your thighs or lower back to drive through.