Every year on the 16th October, we celebrate World Food Day, an international day founded by the UN in 1945 to help raise awareness of the 821 million people who don’t get the food they need to live a healthy life.

When Form launched in 2017, we didn’t take for granted how lucky we are to be able to think about our nutrition and diet – it’s a luxury not afforded to everyone. So, we started the Form Feeding Fund and pledged to donate to the Bansang Hospital Appeal, in order to provide food to the patients and their companions who often travel miles to receive medical attention. Not only does this have the impact of feeding patients, but healthcare too. Many patients would not travel to the hospital without money for food.

Bansang Hospital is located in a small village centred around one dirt track a five-hour drive from Banjul, The Gambia’s capital. The village scarcely receives electricity – a few hours in the morning and again in the evening – and the majority of houses in the villages are made of mud. Hot, dry conditions in Sub-Saharan Africa make it difficult to grow crops; the only plantations surrounding the village are peanuts and couscous, with everything else imported at great expense. 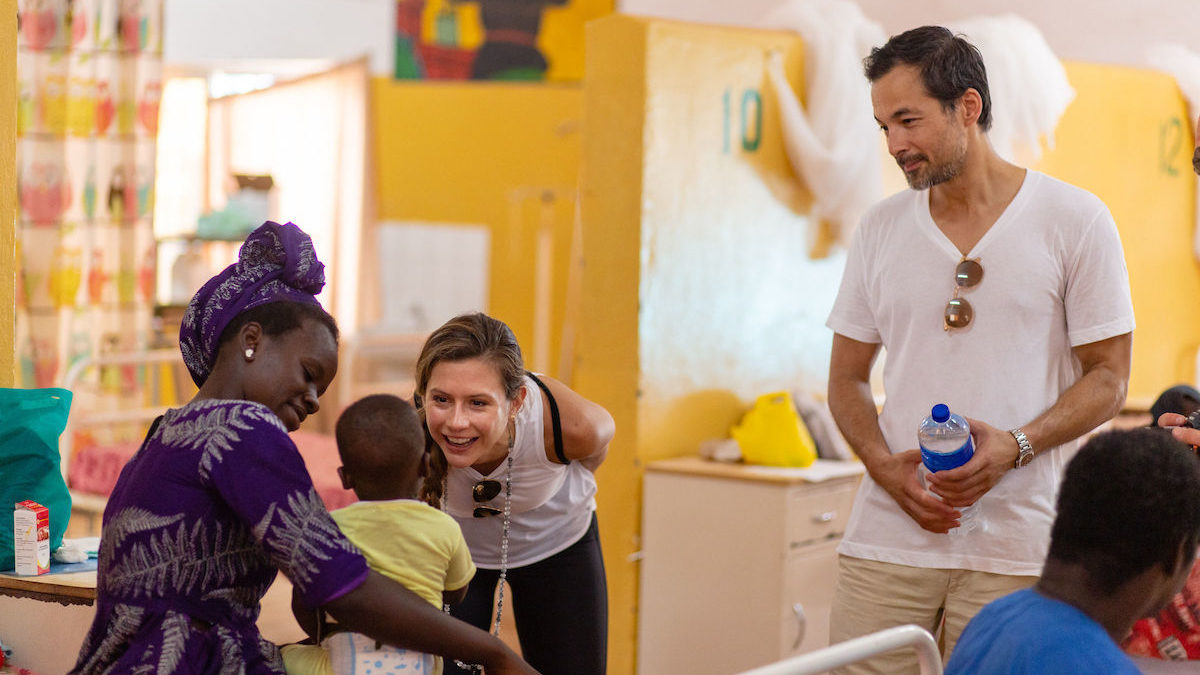 In The Gambia, 48.6 percent of people live below the poverty line, with one in three vulnerable to food insecurity due to unreliable access to nutritious and affordable food. Close to 60 percent of the money sent via the Form Feeding Fund provides healthy food for the patients of Bansang Hospital, with the remainder going towards medicine, formula for babies and travel expenses.

“I have often dreamt that it would be so much nicer if there was no illness or poverty in the world and everyone was equal. However, until that day arrives I will continue to spend every waking hour trying to make a difference for the wonderful people of Bansang.” Anita Smith, MBE, MRG

Working closely with Anita Smith – who has spearheaded the development of Bansang Hospital ever since her first visit in 1992 – Form receives regular updates on how the donations we’re able to make thanks to your continued support are being used to improve the wellbeing and recovery of patients. Here are some of the ways we’ve been able to help over the last couple of months. Through the hard work of Anita and dedicated hospital staff, Bansang Hospital is now known as the best public care provider in The Gambia, supporting 600,000 people in the surrounding areas. Though 27 years ago, Anita’s priorities were basic antibiotics and painkillers, the hospital now has three fully-functioning operating theatres and surgeons are the best equipped that they have ever been.

As a company committed to impacting society in a way that’s bigger than the products we provide, we can’t thank our customers enough for facilitating our Feeding Fund. Every purchase you make goes toward making a difference at Bansang Hospital in The Gambia.

You can learn more about Bansang Hospital Appeal and the work the charity does here. Photography by Jake Baggaley.