From nabbing that hard-earned promotion to finally clearing out the cupboard under the stairs, there’s a self-help book for every little win in life you need guiding through.

Informal guides and codes of conduct have been a part of society since Ancient Egypt, but the origin of the modern self-help book is most easily traced back to 1859 and Self-Help by Samuel Smiles. The genre has come some a long way since that ‘bible of mid-Victorian liberalism,’ but the aim remains the same; mainly helping the reader become the best version of themselves they can be.

It’s an idea we are passionate about here at Form, and so to help you in all your mini-quests we’ve rounded up 12 of the best life-changing reads around.

Channel the teachings of OG stoics Epictetus, Marcus Aurelius, Seneca, Musonius Rufus, and Zeno with this easily digestible guide to the ancient philosophical concept rewritten for the 21st century.

The book is intended to be read one page per day with each page featuring a quote from one of these stoic philosophers along with co-authors Ryan Holiday and Stephen Hanselman’s commentary. The main takeaway from it all? Stop trying to control what you can’t control.

From your computer’s humming to those pesky notifications flashing up on your iPhone screen like fireworks, it’s hard to concentrate with the seeming onslaught of distractions that hit our senses every day. That’s where Deep Work comes in.

Based on a phrase professor and author Cal Newport coined on his blog Study Hacks, the book shows you how to cut through all the distractions and unlock levels of concentration you never thought possible. You don’t need to go to Carl Jung building a stone tower in the woods to focus his mind levels, but, hey, if it works, it works. The Daily Stoic, By Ryan Holiday If you’ve ever felt like you’ve never quite fulfilled your potential then Grit is the self-help book for you. Growing up, MacArthur Fellow and associate professor of psychology at the University of Pennsylvania, Angela Duckworth was routinely mentioned as “no genius” by her father (lovingly she does stress).

However, Duckworth was determined (to prove him wrong, especially) and after rising to the peak of academical success she set about testing her hypothesis that success comes not from inborn talent but a special blend of resilience and single-mindedness, also known as ‘grit’ that can then be learned or cultivated. I guess in Duckworth’s case it could; the true test is whether you can make her secrets work for you.

While there’s a lot of good businesses out there, greatness, by its very essence, is marked by its rarity. So how do you become a part of that exclusive club then? Well, it’s a question Good To Great by researcher and business consultant James ‘Jim’ C. Collins sets to answering with an empirical look at a select group of elite companies, pinpointing just when, why and how they made that leap into greatness, and what actionable tips you can follow when applying them to your own company.

Now nearly 20 years old, some of the references have become a bit outdated (Wells Fargo is featured as a great company but has rather lost its way since) but in Collins’ seven characteristics of ‘Good to Great’ companies, there are some really important lessons, whether you’re a business owner or just looking to develop your career. When it comes to self-help superstars, you don’t get much bigger stars than Tim Ferris. The entrepreneur and author has made most of his name through his podcast interviewing the likes of Hugh Jackman, Arnold Schwarzenegger, and LeBron James, and this bestselling book which was quite the sensation when released in 2007.

Previously Ferris had been working 14 hour days. Overworked and frustrated, he took a sabbatical to Europe which eventually came to define his new way of working. The book sees him outline the lessons he learned along the way, as well as case studies to help light the path. It’s the dream scenario; you’ve just got to read the book first.

Listed as one of Time’s ‘100 most influential people’ in 2015, it’s no exaggeration to say Marie Kondo is an absolute modern-day phenomenon. The Life-Changing Magic of Tidying Up was released long before the 2019 Netflix show (the English translation was released in 2014) and was the original catalyst for the Japanese tidying expert’s success.

In the book, Kondo outlines her now world-famous KonMari method which consists of gathering together all of one’s belongings, one category at a time, and then keeping only those things that ‘spark joy’. Inspired by the Shinto religion in Kondo’s homeland, the technique might seem twee to some but is surprisingly effective, and as a mindset change, it can’t be beaten. Learning to listen properly can change lives – your own included. That’s the premise offered by Kate Murphy, a New York Times contributor and experienced interviewer. Using her own skills, Murphy draws on countless conversations she has had with other people whose job also relies on their listening prowess, from priests and CIA interrogators to focus group moderators and bartenders.

The result is a beautiful amalgamation of all these insights, highlighting the potential to transform our relationships and our working lives, improve our self-knowledge, and increase our creativity and happiness, all by shutting shop for a moment and choosing to truly listen to the person opposite us.

While a lot of people think life changing comes from wholesale, sweeping changes, author and ‘habits’ expert James Clear argues that positive change is most effective on a micro level. It’s the compound effect from these small decisions, that couple of push-ups here or managing to read ten pages before bed there, that are the key.

Using cutting-edge neuroscience and psychology as his guide along with a boat-load of inspiring stories (Olympic athletes, pioneering CEOs, leading scientists), Clears hypothesis is a convincing one. After all, a big meal is a lot easier to stomach in small bites. Ah, death and taxes. Well, we can’t do much about the latter (unless you fancy a greasy climb up the political ladder), but we might have more of a say on the former than you might think according to this eye-opening and hugely informative read from lecturer and physician Michael Greger.

There’s no portal to immortality here, but there is a breakdown of  the top fifteen causes of premature death in America (heart disease, diabetes, Parkinson’s) and a thorough explanation as to how nutritional and lifestyle interventions can sometimes trump pharmaceutical approaches when it comes to preventing these illnesses.

You Are A Badass, along with Mark Manson’s The Subtle Art of Not Giving a F*ck, has led the charge for more acerbic takes on the self-help genre in recent years. The book, written by life coach Jen Sincero, is a bit like being given a pep talk by your best friend with 27 easy-to-devour chapters filled with Sincero’s plucky anecdotes and sprinkled with plenty of useful, sage advice.

Now of course you wouldn’t take everything your pals say as gospel, but in Sincero’s advice, there’s enough here to give a go, especially when it comes to ridding yourself of your own self-doubt. The godfather of modern mindfulness, Eckhart Tolle’s manifesto is a blend of ancient and modern mysticism (with a little bit of Buddhism and Christianity added to the mix).

But even if you’re not spiritually inclined, the main message at the heart of this self help book is a really important one, mainly that worry is rooted in our ego, and in order to get rid of our anxieties we need to take more care in acknowledging the present moment. It won’t work for everyone, sure, but it’s a message that has helped millions already which is tempting in and of itself.

The Collins English Dictionary’s Word Of The Year runner-up in 2016 (to Brexit), Hygge as a cultural tour de force outside of its Scandi homeland began with the release of this little book by Danish researcher Meik Wiking.

The word comes from a Danish term meaning “to give courage, comfort, joy” which Wiking attempts to unpack through his research (Denmark is ranked as the second happiest country in the world) along with recipes, photographs, and ideas to help inspire your own inner hygge. 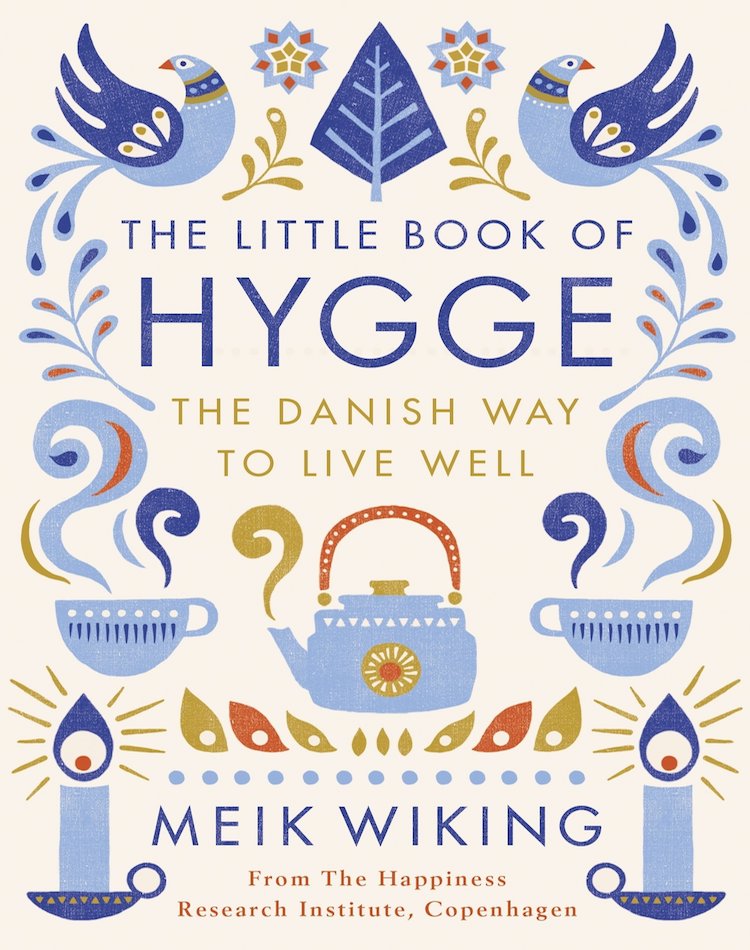