Ah, restaurants. Remember them? Deliciously flavourful food, cooked by someone else, often enjoyed shoulder-to-shoulder with other diners, at candlelit tables, surrounded by the steady stirring that comes with a busy service.

Sure, your lockdown Mexican-themed nights may have been fun for the first month, but we’d hedge a bet and say that eating ‘out out’ is top of your to-do list when lockdown lifts. 4th July is the date set by the UK government for pubs, restaurants and cafes to open, providing that they stick to social distancing guidelines. Excited? You betcha.

But first—cast your mind back to 2010. If you weren’t a dedicated vegan striving to stay au courant, you’d struggle to know where to dine if you fancied a good plant-based meal. But how times change. Just a decade later, there are over 150 vegan restaurants in London, making it the most vegan-friendly city in the world according to the online restaurant guide HappyCow. Plus, hundreds more hotspots offer innovative and exemplary vegan-friendly options on their menus.

It was extremely hard then to narrow our list down to a top ten. Booze-free haven Redemption, the PETA-approved vegan menu at Michelin starred Pollen Street Social and alchemy-loving, vegan junk food-pioneering Genesis, missed the top spots by a whisker, but are well worth your time should you be near.

When it comes to ambience and environmental ethos though, not to mention the sheer quality of their vegan offerings, these ten vegan restaurants couldn’t be beat. Chickpea omelette with tempeh bacon, marinated carrot and zero waste kraut, you say?

The 10 Best Vegan Restaurants In London

Where? King’s Cross, Soho and Dalston

Best for: Classic and traditional veg-based fare since the 80’s

First opening in 1988, way before veganism was en vogue, the Soho branch of iconic Mildred’s restaurant fast became one of London’s most-loved veggie and vegan hotspots. They’ve had 32 years of perfecting the dishes on offer and you can tell. Unlike other vegan eateries where one-note dishes fall flat on flavour, Mildreds take classics like curries, stews and salads and transform them into plant-based plates offering a whole riot of flavour.

Head for a buzzy, friendly atmosphere and service with a smile, not forgetting an entirely plant-based menu offering a smörgåsbord of cuisines. Opening last year, SpiceBox made waves as North East’s first Indian restaurant to offer a zero waste takeaway service and also just so happens to serve entirely plant-based grub. Stop by for ‘veg with edge’ then and carefully thought out dishes bursting with sweet, savoury and spicy flavours. Founder Grace Regan has become well-known on the London street food scene for her infamous jackfruit jalfrezi which is a must-try at the restaurant. Imagine a towering portion of veg-packed curry topped with fiery green chillies and crispy onions. Drool. A favourite of celebrities like Madonna and Millie Mackintosh, Farmacy is a wellness-loving veggie haven run by Camilla Fayed, daughter of billionaire Mohammed Al-Fayed. Farmacy’s ethos is simple, focusing on nourishing your body with the food you eat, or, in the words of Hippocrates, ‘letting food be thy medicine and medicine be thy food.’

That roughly translates to earth bowls piled high with greens and houmous, towering dairy-free sundaes, and juice shots of varying concoctions, from ginger, turmeric, cayenne and lemon to CBD, flaxseed oil and grapefruit. Where? Islington and Covent Garden

Best for: A taste of the world of food as medicine

Ran by Joel and Aiste Gazdar, Wild Food Cafe describes itself as a ‘wellbeing oasis’ which makes us feel healthy just reading it off of our iPhone. After spending their early twenties travelling the world, the Gazdars launched the original Wild Food Cafe in Covent Garden where they serve up raw and wholefood dishes, made from a range of wild and medicinal superfoods.

Sip a Forgotten Ecstasy smoothie (that’s a blend of cacao, dates, maca, mesquite and lucuma, to you and I) or munch on a Classic Wild raw pizza, topped with marinara sauce, green olives, wild leaf pesto, pine nut parmesan, rocket and olive oil. And if you can’t squeeze onto one of it’s benches then they’ve since opened up another venue in Islington. When it comes to fine dining in London, Gauthier is the place to be. And not just any fine dining: Michelin-star fine dining, at that. What makes their vegan à la carte menu so special, we hear you ask? Well, aside from the fact it has won a whole heap of awards – including ‘Best Vegan Menu’ at the 2016 PETA Vegan Food Awards – it’s run by the classically trained Alexis Gauthier, a French chef who used to serve upwards of 20kg of foie gras a week.

Realising the implications eating so much meat can have on your body and the planet, in 2018, he went vegan himself and introduced Gauthier’s vegan menu. The star of the show is their vegan foie gras, a dish remarkably similar to the real deal, sans meat. Rumour has it he eventually plans to transition the whole restaurant into serving only vegan food. Watch this space. ‘No blood, no bones’, or so the slogan goes at Cook Daily, Shoreditch’s noodle-serving shipping container-cum-restaurant loved by the likes of JME, Skepta, Professor Green and Emeli Sandé. Head chef King Senathit, once a meat-loving sous chef, now serves 100 percent vegan grub to hundreds of keen customers a day.

He mixes up the menu regularly, but always sticks to two rules – to include fresh veg in every dish, and to showcase an alternative vegan lifestyle that strays from the largely white, wellness-oriented norm. Changing the face of London veganism one bowl at a time, you’ll want to try his best-selling ‘High Grade’ bowl, a deliciously umami sweet and sour smoky BBQ dish complete with hemp seed crumbles and aromatic herbs. Where? Shoreditch, Covent Garden and Homerton

Best for: Mexican grub from one of the UK’s original vegan fast food joints

Like the sound of jackfruit carnitas topped with tangy red pico de gallo salsa and mojo de ajo garlic sauce, ‘to-fish’ tofu tacos topped with tartare sauce and loaded nachos drowning in fresh guac? Then you’ll love Club Mexicana, a delicious celebration of everything it means to be vegan and Mexican.

One of London’s first vegan fast food restaurants, Club Mexicana was launched by Meriel Armitage in 2013 in an attempt to make vegan food, well, cool. And boy, has she achieved that; Club Mexicana now has multiple locations, with one taking up long-term residency at London’s first vegan pub, The Spread Eagle. And whiel coconut oil ‘cheese’ may not be the most authentic of Mexican ingredients, it sure tastes good. Where? Canary Wharf and Shoreditch

Best for: Vegan junk food and the best plant-based milkshakes around

There are almost too many good vegan burger joints in London now to know where to start, but one of Form’s firm favourites is The Vurger Co. After the roaring success of their 2016 CrowdFunding campaign, they’ve been putting vegetables centre stage from their permanent Shoreditch location, and recently expanded to Canary Wharf, too.

Focusing on championing fresh veg and making pretty delicious vegan burgers, chick’n bites, salad bowls and fries from it, there’s something for everyone (vegan or not). Don’t miss the milkshakes – they’re the best vegan shakes you can get in the city. 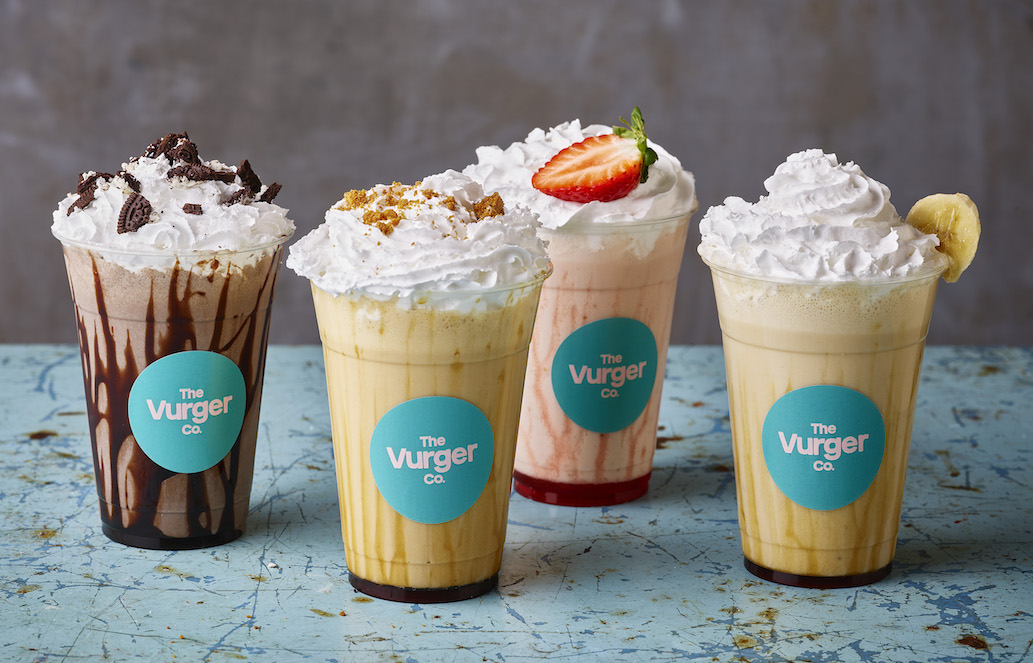 North West Londoners, if you haven’t popped by Comptoir V yet, you’ve been missing out. Located in Kensal Rise, it’s the meat-skipping sister restaurant of nearby Comptoir Mezze, serving a whole host of Middle Eastern dishes, from Moroccan buddha bowls, to battered mushroom ribs and kofta tagine.

The best bit? They’re all entirely plant-based, meaning you can enjoy food bursting with flavour and spices sans any animal products. They even offer biodynamic vegan wines, cocktails, cold-press juices, and organic coffee drinks, to boot. Now if that’s not an all rounder. 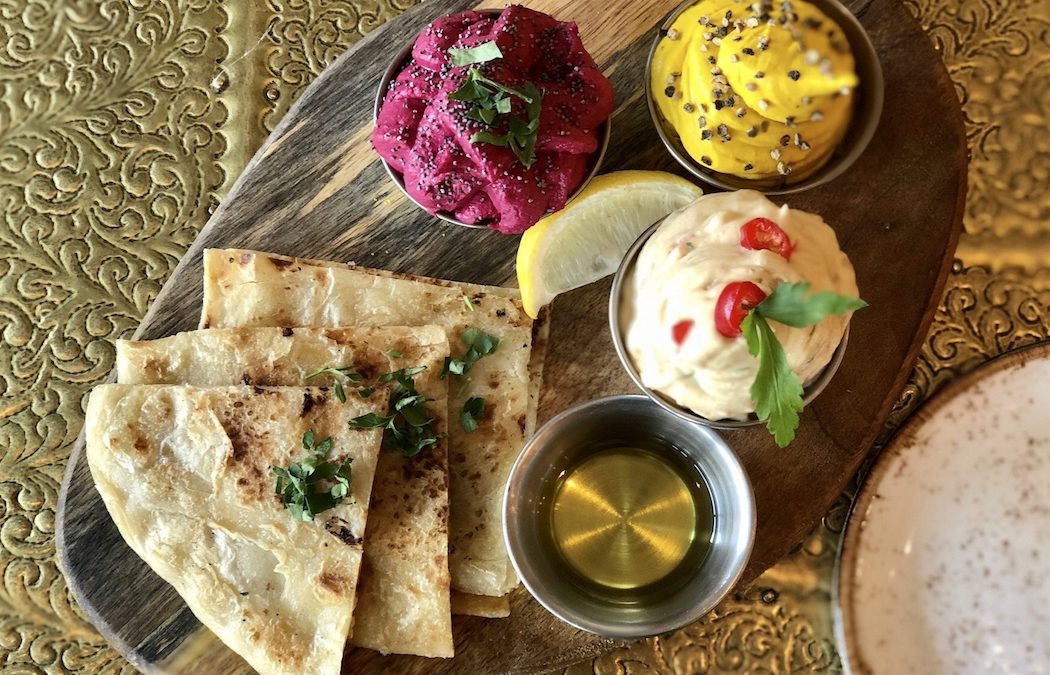 The London vegan scene has proven time and time again that just about any food can be made vegan, and made vegan well, at that; take Pied a Terre, for example, a Goodge Street restaurant offering Michelin-star vegan à la carte and tasting menus. Open for nearly 30 years, the restaurant serves a traditional French cuisine with subtle Greek influences under the watchful eye of new head chef Asimakis Chaniotis, who took the reins in 2017.